Age, environment, and heredity can all have an effect on the youthfulness of skin. Sun exposure in youth or childhood can lead to the development of brown spots and other pigmentary changes, loss of elasticity, and textural changes of the skin. There are a wide variety of treatments available that can effectively rejuvenate skin, improve attractiveness, and restore youthfulness. Among these treatments lasers, chemical peel and dermabrasion can resurface the skin.

Out of laser, chemical peel, and dermabrasion, laser resurfacing is the most contemporary skin resurfacing modality, which can be applicable over a wide range of skin types and conditions and can be meticulously adjusted to your unique goals. Laser resurfacing can be performed to improve the tone and texture of the face, eyelids, neck, chest, and hands.

There are numerous lasers from which to choose, and how to select the correct laser treatment plan can often be mystifying. During a personal consultation with Dr. Kolker, the process starts with a complete discussion about your interests and desires, followed by a careful examination of your skin. Dr. Kolker will suggest the laser resurfacing technique, or combination of nonsurgical or minimally invasive techniques that suit you best. With so many lasers to choose from, how do you determine the best laser resurfacing plan for you? As every individual brings unique physical features and desires, a laser treatment plan will be personally formulated to achieve your goals.

The two primary avenues will be those that achieve results steadily and over time, with minimal downtime following each laser treatment, or those that achieve a more dramatic result in a more rapid fashion, albeit with more recovery time following laser treatment. Depending upon the condition and features of your skin, either laser resurfacing path, non-ablative or ablative may be an option, and the choice will often be a personal one.

“Today's lasers have evolved considerably, fostering a degree of balance and control that enables the achievement of maximal results and safety with minimal downtime. The pre-emptive and restorative effects of Fraxel and other nonablative laser platforms, and the advances in ablative laser technologies, can be used to attain the best laser resurfacing results at a pace that suits you best.” 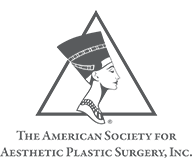 Preparation and Procedure for Laser Resurfacing

Prior to any laser resurfacing, all patients should be "sun-smart", minimizing sun exposure and using broad spectrum UVA and UVB sunblock.

This is all that is required before Fraxel Dual: prep time before and recovery time after Fraxel are modest. Preparation prior to CO2 ablative laser resurfacing requires a more comprehensive protocol: strict UVA and UVB sunblock, nightly retinol or Retin-A use, the use of a lightening cream (such as Vivite), and an antiviral medication on the day prior to laser treatment. This protocol maximizes the safety and aesthetic results of laser resurfacing.

Which is the best laser for my needs?

Laser light is "targeted" to a specific chromophore (color-bearing elements within the cells of the skin).

Additionally, virtually all skin types can be treated with Fraxel. The Fraxel system is based on the concept of "fractional photothermolysis", which delivers energy in a fractional grid to tiny areas within the skin while leaving the intervening neighboring areas within that grid untouched, stimulating more rapid healing. Recovery time is approximately one to three days following Fraxel laser resurfacing with the 1550 laser, and three to five days after Fraxel laser resurfacing with the 1927 laser (each of these numbers refers to the specific wavelength of its energy and target cells). For most conditions, several Fraxel laser treatment sessions may be required. Often, individuals will see distinct changes and improvements following one or two Fraxel laser treatments, but everyone is unique, and three or four treatments may be required to achieve the best Fraxel laser resurfacing results.

Ablative laser resurfacing differs from nonablative laser treatments in that the wavelength and energy delivered with these therapies target the water within certain skin cells creating a controlled vaporizing effect. With CO2 laser resurfacing, the adage "what you put into it is what you get out of it" applies, in that the procedure and downtime are comparatively more than nonablative lasers, but the results are more immediate and more dramatic.

CO2 laser resurfacing has also evolved significantly. The technique now employs a fractional photothermolysis model that involves the delivery of laser energy in a grid-like pattern to alternating tiny spots within the grid, thermally exciting these regions within the skin and leaving the intervening neighboring areas untouched; the result is a uniform, effective laser treatments with much more rapid healing and recovery. Ablative CO2 laser treatments can be used for more coarse lines and wrinkles of the face, crepey skin of the eyelid area, the vertical lines of the upper and lower lips, melisma and pigment spots of the face, sun damage and discoloration of the neck and chest, and photoaging and discoloration of the hands and forearms.

This site and other web-based sources can assist in providing an overview of laser resurfacing. There is, however, no substitute for an in-depth, personal consultation with a board-certified plastic surgeon experienced in the numerous and varied techniques of facial rejuvenation including laser resurfacing. Dr. Kolker will recommend a treatment plan that is tailored to your specific skin type, your areas of concern, and your goals. Not all laser resurfacing treatments are the same; laser treatments require customization and experience to achieve the most beautiful and natural outcomes, and the practice you choose makes a difference. We invite you to schedule a consultation to discuss laser resurfacing in NYC with Dr. Kolker and his staff, and look forward to warmly welcoming you to our practice.

“ Dr. Kolker's personal commitment to enhancing who you already are, not transforming you into someone else, as well as his attitude to both his surgical work and filler treatments bring amazing results. I have recommended him to several friends with no hesitation.”

“I always look forward to my facial treatments. A friend, who said 'trust me, just go', referred me to Dr. Kolker's office for facials. The aesthetician always makes my skin look just beautiful regardless of the shape it is in when I enter her room.”

“After every session, I'm counting down the days until I can go back! I can only begin to express how pleased and delighted I am to have discovered the facial treatments at Dr. Kolker's office and his amazing products. ”

Fraxel Dual 1550 or 1927 laser resurfacing treatments are performed after topical anesthetic application, and you may leave the office immediately after treatment. You may look red and slightly swollen after your treatment, which may last for two or three days after Fraxel 1550, and for four or five days after Fraxel 1927. After Fraxel treatment for pigmentation and brown spots (1927), there may be some crusting at the sites of the dark spots for several days.

Active FX, Deep FX, and Total FX CO2 laser resurfacing treatments are most often performed with light sedation. After the laser treatment, you will rest in our recovery room with a nurse until you are fully awake and comfortable, after which you will go home with a friend or relative. Depending upon the extent and depth of treatment, recovery following ablative CO2 laser ranges from four to seven days.

Schedule a Consultation
for Laser Resurfacing